What is an authentic Southern BBQ Sauce recipe? The answer will depend on who you ask. There are few topics in American food that can generate as much passion as this question. A few years ago a high-end, local restauranteur opened a high-end barbecue joint. I tried it out and was somewhat surprised when the waiter offered me a choice of three different barbecue sauces. I could not help but think it was the equivalent of opening a church and saying the choice of religion is optional. Not surprisingly, the restaurant did not last. BBQ in the South is a specific thing depending on locale. Not a general thing.

There are some strong stylistic differences in BBQ in the South based on region. Following the practice of Zous Chef, we will look at a number of available recipes and determine the pattern and the noise. The noise often being the major taste differences. In fact, as one tries to define their own preferences, it is likely the minor taste differences (the noise) will be what you are calibrating.

Specifically, we will be looking at red sauces and sticking with the core basics of the regional sauce. This analysis does not include marinades that are a whole other topic. This article discusses some of the differences. 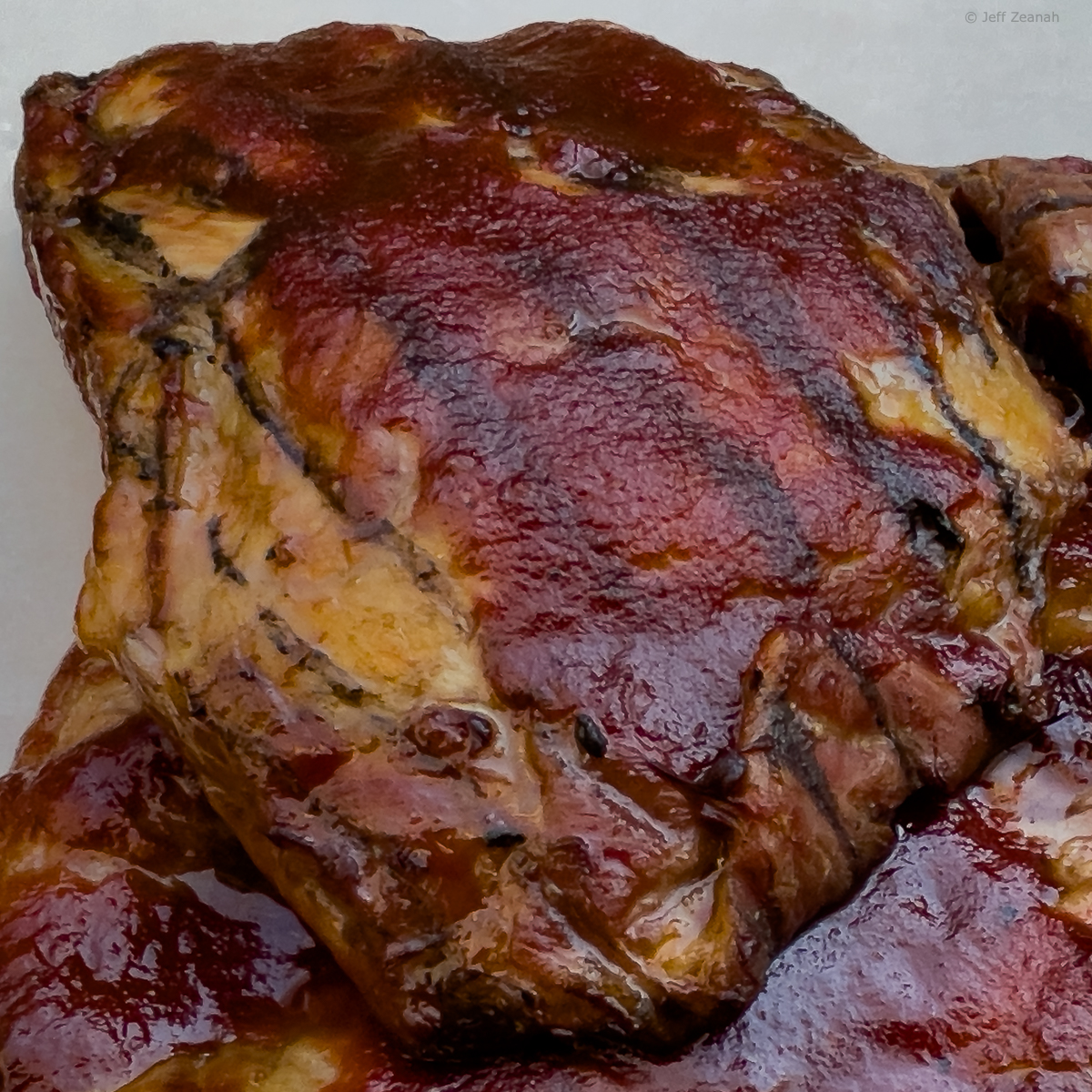 Rich, thick with a bit of a kick 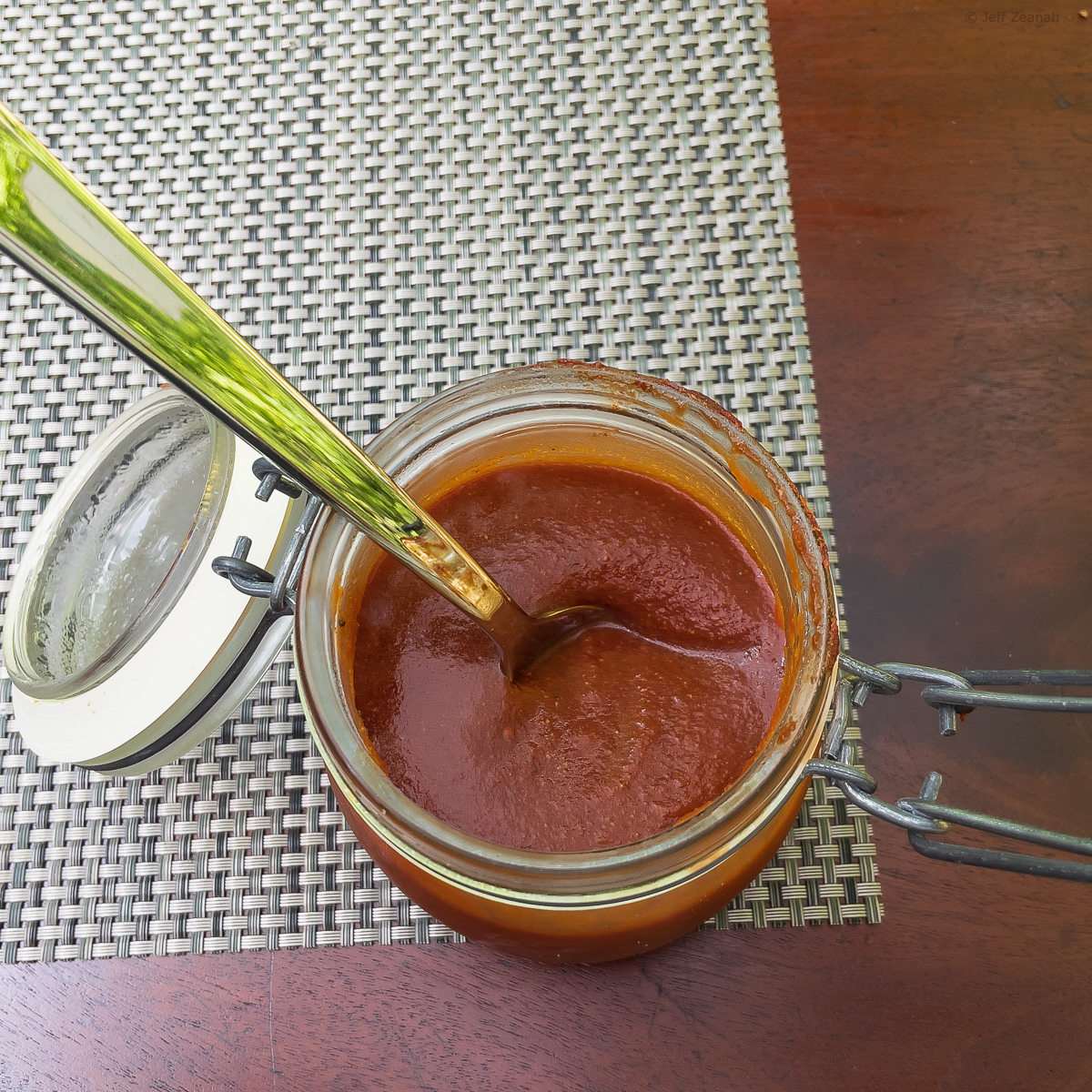 Did someone mention brisket?

Trying several search criteria combinations, it was clear that the majority of the recipes focused on three regional differences: Carolina, Memphis, and Texas sauces. I fully recognize two more categories and attempted those — Kansas City barbecue sauces and Alabama barbecue sauces. Neither of the latter two returned meaningful search results for different reasons. In the case of Kansas City barbecue, the results were mainly Memphis sauce recipes along with a handful of Texas sauces. The search for Alabama barbecue sauces returned almost exclusively white sauces. These are based on the famous white sauce of Bob Gibson of Decatur, Alabama. While worthy of attention due to its unique nature, it is not true that all Barbecue in Alabama features white sauce. Dreamland Barbecue and Archibald’s, both from Tuscaloosa, Alabama, are well known beyond the region in large part to the association of that town to college sports and the steady traffic from visiting fans and sportscasters. These are just two of the many red sauces with a long history in Alabama.

This analysis will produce an excellent version of a red Alabama sauce along with recipes for Memphis, and Texas. Why not the Carolinas? Because it really isn’t a sauce, to be discussed below, and frankly I do not like it.

The top 30 recipes from each region were pulled from a search for the sauce based from each area. For example, the search term “Memphis Barbecue sauce recipe” was used simulated as a search from Memphis. In addition to the three areas (Memphis, Texas, Carolina) an additional search was performed for “Southern Barbecue Sauce Recipes” simulating the search from Paris, France. This was one shot to see how the topic is dealt with in other areas of the world.

What was left out

Many of the recipes from the search were sauces that, while of value, were not traditional Southern barbecue sauces. For example, there were several honey mustard sauces, several with soy sauce, and other non-traditional approaches. Likewise, many sauces contained liquid smoke. Many people, including this author, consider that the smoke taste should be in the meat, not the sauce. It is a subterfuge that is frequently used in restaurants to fake the effect of barbecuing the meat on the grill. These recipes were removed from the analysis.

Most southern barbecue sauce recipes have the base ingredients of ketchup, vinegar, and dark brown sugar. In general, the ratio of ketchup to vinegar was four to one for the Memphis and Texas sauces. Carolina sauces are the exact famously opposite – roughly four to one vinegar to ketchup. It is not surprising that those who grew up with one sauce can hardly tolerate the other. This author included.

But as I mentioned above, what is used in the Carolina’s is more correctly referred to as a dressing. Indeed, it is more vinegar and flavors. In fact, many suggest adding the ingredients straight to the pork without pre-mixing.

Of note, not all recipes use ketchup since many start with canned tomato sauce. Of course, ketchup is sweetened, flavored reduced tomato sauce. Many of those flavors such as garlic and onion powder are also ingredients added to the sauce. Hence, many skip to the end and use ketchup. But if you want to have full control of your flavors, tomato sauce is the way to go. But no doubt, ketchup is a convenient, effective, easy way to make a sauce. My Easy Memphis BBQ Sauce starts with ketchup, the Texas BBQ Sauce, and the Alabama Red BBQ Sauce starts with canned tomato sauce.

Barbecue sauce would not be barbecue sauce without pepper. The data makes that clear with a universal addition of pepper. However, what is not universal is the kind of pepper. It is simply a matter of taste. Fresh black pepper, cayenne, smoked paprika, chipotle, dried red pepper are all used. Additionally, pepper sauces of all types are used. These include brand names such as Tabasco and Texas Pete as well as sriracha style sauce (hardly traditional southern) – clearly some variety in taste.

Two additional taste profiles were very common in the Memphis sauces and frequently used in Texas. Approximately 85% of the Memphis recipes contained both Worcestershire sauce and mustard. The mustard could be dry or prepared mustards. The net result is a richer tasting, thicker sauce.

The Worcestershire sauce was common in many of the Texas sauces and about half the sauces used mustard. But when used, slightly more was used. In general, one can think of Texas sauces as being a bit more tomatoey than the Memphis sauces. Of note of course is that Texas sauce is more associated with beef brisket, Memphis more pork — specifically ribs.

When it comes to Carolina Sauces there is less use of mustard and Worcestershire. This sauce is primarily used on pulled pork, and I can only assume there is a desire to make sure nothing interferes with the taste of vinegar. (Sorry, I really am not a fan.)

Carolina — There was a great deal of variation in the use of prepared mustard. Frequently used in amounts as high as one to one with vinegar (South Carolina), but often less. Worcestershire sauce, if used at all, is just a tablespoon per cup of vinegar.

Memphis & Texas — In general, the Memphis and Texas sauces can call for less mustard, but more Worcestershire sauce as shown on the accompanying table.

Garlic and onion are prominent for barbecue sauces in Memphis and Texas (lesser so in Carolinas). The only question is whether fresh or in the form of a dried powder, or granulated (or flakes). As mentioned above, both ketchup and chili powder likely already contain garlic and onion powder. So if you are using those, the choice is really whether you are adding more and, if so, how much.

In my Alabama sauce, I use fresh onion and garlic. The thought here is if you are going to go through the effort to make the best homemade barbecue sauce you can, then fresh should be used if possible.

There is no definitive definition of the ingredients of chili powder. Therefore the addition of chili powder is problematic. Pepper and cumin are in it for sure, garlic and onion powder most likely. As with the discussion of ketchup, these are usually added elsewhere in the sauce.

How does the world see Southern Barbecue sauce? Or at least, how is it seen if searching in Paris? To get an idea, I overlaid the ketchup and vinegar from the regions on a graph. It is clear that in Paris, what is presented is not usually Carolina sauce. On the accompanying graph, the light blue Paris dots are generally in the 3 to 1 tomato to vinegar ratio. The flavor profiles are generally the same. However, apparently finding southern hot sauces is not easy in Paris as Caribbean hot sauces are recommended.

Of interest, the Paris search returned the most complicated recipe I found with over 30 ingredients. An inspection of that recipe shows it started with tomato sauce with a significant amount of flavorings added to cook into the tomato sauce. In reality, this was making ketchup.

I want to learn more about Southern barbecue.

Robert: Learning about Southern BarBQ can be a lifelong journey. But here are a few thoughts. 1: Cook what you like. For example, for me, that means no rubs that in my opinion tend to overwhelm the meat. Others might think that is insane. 2: Practice, your technique is so important to results. Read hints, descriptions and seem to relate to the product you have produced and how you might want to improve. (Check out the Meathead book, linked in this post. He has far more details than I could ever produce.) 3: Low and slow. Frankly, if you achieve that, you are well on your way. In that regard, I find a reflector plate extremely helpful.