Should you make your own gelato?

It is not really hard, it really doesn’t take much time. But it does require some special understanding and is easier with some special equipment. But it is so worth it.

To be honest, you are not going to be able to make gelato that will perfectly match that found in gelaterias in Italy, but you can get close. Furthermore, you will get there with fresher ingredients and without resorting to additives or additional cream that the commercially available options outside of Italy use. 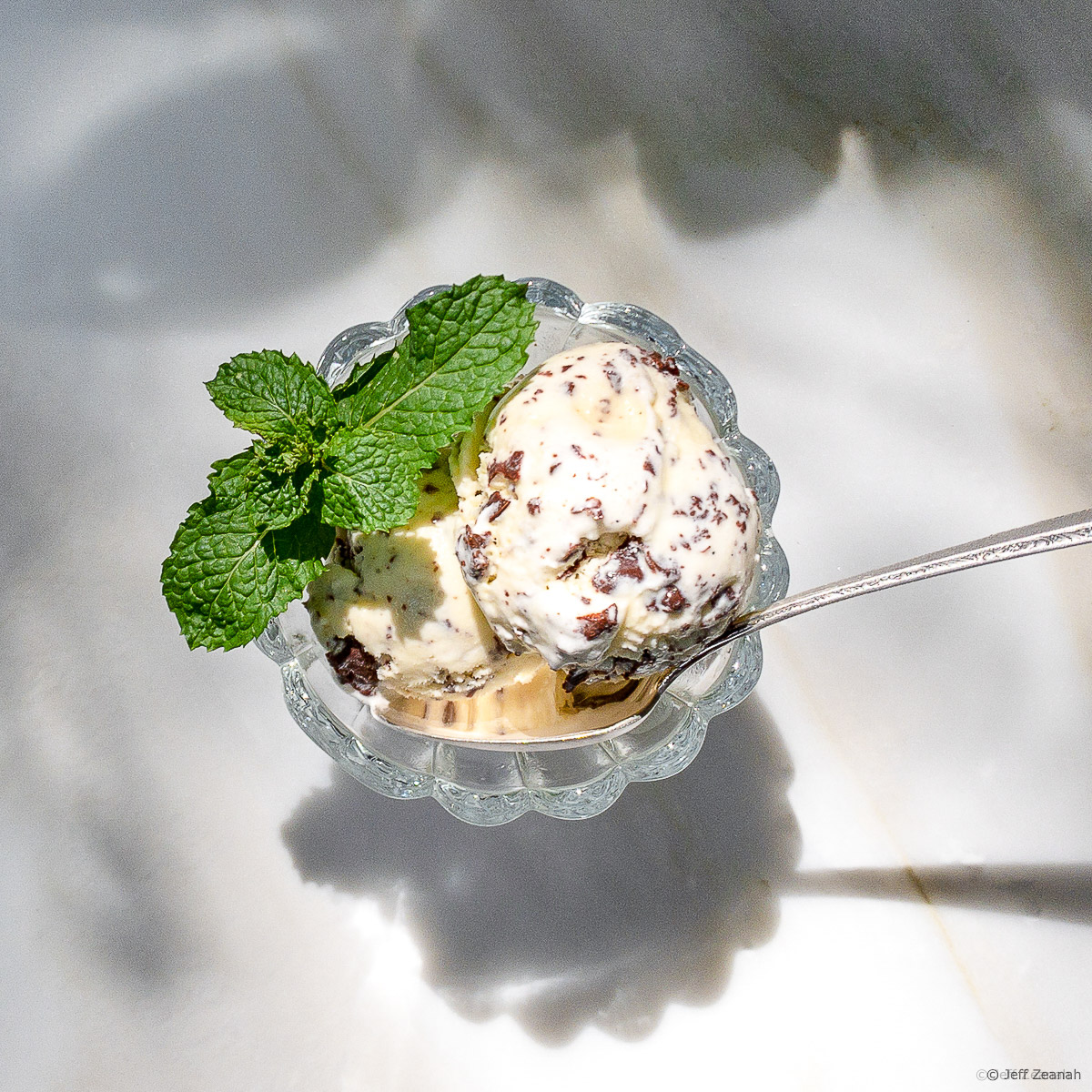 Extra bananas are good for more than just banana bread. 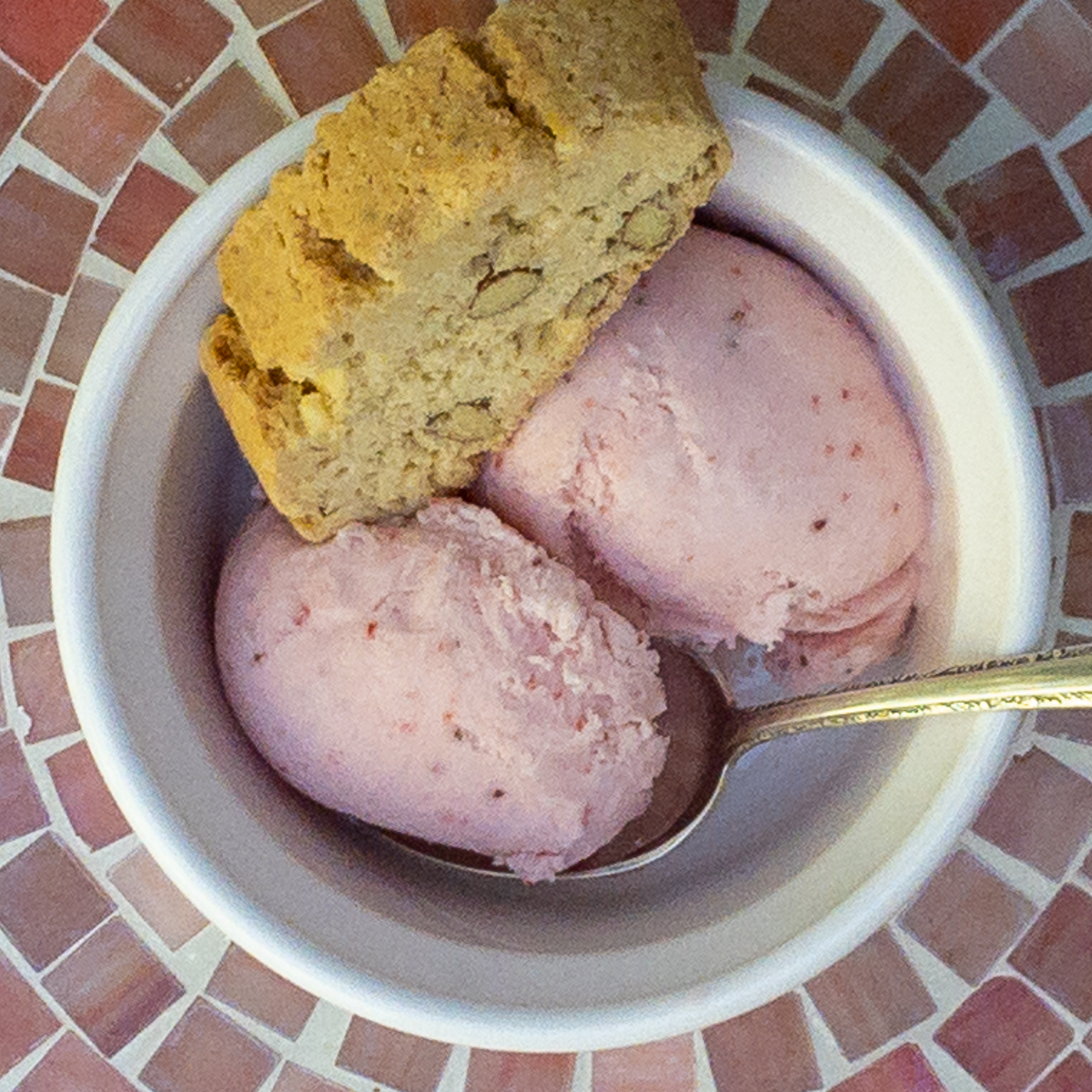 Stroll around your piazza at home with your own gelato.

Not planning a trip to Italy anytime soon? This may make it tolerable.

Gelato contains less fat than ice cream. Specifically, less cream and often no egg yolks. It also contains much less air. Therefore, it produces a denser flavor. While this may be counter-intuitive given the lower cream content, it has everything to do with the amount of air in it and how the ice crystals form with the sugar and other ingredients. Gelato has a smoother texture on the tongue. To achieve this texture gelato shops in Italy freeze the product with expensive machines (approximately US$30,000) and freeze quickly at higher temperatures. Not having this equipment makes it difficult for home production. In fact, my first attempts were icy and unpleasant, but I learned some tricks.

Makers of commercially available gelato (for all those places outside Italy) get around this problem with additives (frequently guar gum) and more cream. The results are indeed smoother, but also really closer to ice cream and not as fresh. This is particularly true if it is a fruit gelato.

Fortunately, there is an easy at-home solution to this problem without resorting to additives.

My standard intent for this website is to use analytics to learn from multiple recipes. This was difficult for this topic because I found several recipes that, to me, were failures or contained high amounts of cream and/or eggs. The former were ice and flavorless, the latter really forms of ice cream labeled as gelato.

My research did lead to some meaningful help along the way. I found three sources of great use.

The first is the site gelatoincasa.org. Written in Italian, this site is run by a gelato consultant. His information is very useful, but I found his recipes did not completely deliver. The difference, no doubt is related to the type of equipment he is using. For an introduction to gelato making, I am recommending equipment at about a third of the cost of his at-home recommendation.

The second was the industry magazine Gelato Artigianale; it too is in Italian and does require registration. Articles and recipes for back issues are available for free. Many recipes are beyond the reach of the home beginner but are inspiring.

My last solid source was At the Italian Table, a restaurant in Louisville Kentucky. Unfortunately, the restaurant is now closed, but the owner is operating Italian culinary tours. The restaurant posted a recipe for gelato. In this posting, the owner proposed a significant amount of simple syrup for peach gelato. As discussed below in detail, simple syrup helps reduce the iciness in the gelato. I had seen small amounts of simple syrup used, but successfully using a good bit more, completely changed my approaches.

For your best success making gelato, I recommend four different types of equipment. Only one is really required, two of the optional ones are relatively inexpensive and the other is expensive. However, the optional equipment recommended is very useful for other things. So keep that in mind, if you think this list is extreme.

The ice cream maker itself is a necessity. After researching and trying some failed options I am happy with a Cuisinart. Specifically the ICE-70 model. This model has two very desirable features. It has a separate setting for gelato. This rotates the machine at a slower pace (about a third slower) than used for ice cream. This is required to freeze the product with less air as needed for gelato. Second, the freezer comes with a removable bowl that needs to be frozen before making the gelato. These can be purchased separately. Therefore, you can make more than one batch of gelato in a 24 hour period.

If you are serious, there are other options available, such as the Cuisinart ICE-100, that include a compressor and chill the gelato directly. These are close to three times as expensive — if you are so inclined.

An immersion blender is extremely helpful for fruit gelatos. A quick pulse of the fruit with the milk and cream makes for a smooth consistency. This tool is extremely useful for a number of reasons (think whipping egg whites), you will appreciate having one around. However, a regular blender will do, if needed.

An infrared thermometer is also optional. But it’s a great tool to have in the kitchen for multiple uses. Many gelatos, such as my Stracciatella, require some egg yolks which need to be cooked to a safe temperature. The infrared thermometer takes much of the guesswork out of this.

Expensive — yes, certainly useful for other things — yes, and perhaps an over-the-top suggestion just for making gelato. But bear with me. I make this recommendation because I was dramatically happier with my homemade gelato when I started storing it a 7°F, instead of 0°F. I accomplished this by changing the temperature of the refrigerator freezer — with 7°F being the highest setting possible. Is this a good idea? My manual and performance indicate there was no issue. This does come with a big caveat though. You do not want to store meats or anything that you want to keep for a long time at that temperature. Hence, the recommendation of a chest freezer. A chest freezer is actually better for those items anyway.

In my case, I already have a chest freezer. Changing the temperature of the refrigerator freezer, with the intention of storing gelato really just forced me to better habits I should have been doing anyway.

If purchasing a chest freezer or using your refrigerator freezer for gelato only is impractical, l another solution is to set out the gelato for a few minutes before serving.

Gelato is basically a suspension of ice crystals, fats, sugar, and air bubbles in a solution of water and sugar. (See here for more details.). If it wasn’t for the sugar, instead of creaminess you would have hard blocks of ice that would definitely not be as enjoyable.

But we have a basic problem is that the sugar most easily available to the home cook is sucrose — table sugar. Sucrose has a high molecular weight and produces a gelato that is not as soft. Commercial gelato may contain different forms of sugar. These are available, but not as convenient for home gelato.

Our solution is simple syrup or inverted sugar syrup. If we boil sucrose in water, we produce glucose and fructose. Glucose is frequently used in Italian gelato and making our own is a practical solution.

I found simple syrup additions to recipes frequently recommended. When I tested the recipe from At the Italian Table with a relatively high amount and was pleased with the outcome, I was convinced. My Banana, Chocolate Chip and Pecan gelato is an example.

Of note, several recipes call for corn syrup. Checking one of the main brands, I saw it was listed as containing dextrose (the name for glucose from corn) and “other sugars”. I called the consumer support line for more details. I was told the details of the sugars in the syrup were proprietary. That said, I see no reason to get more complicated than making my own simple syrup.

Gelato is best when enjoyed fresh. It allows for the use of fresh fruit and other ingredients. Therefore, it is not intended for long-term storage. Furthermore, even under the best of storage, after a couple of days, the gelato will become icier. Still tasty yes, but not quite as good of texture.